So, ladies still fight over men in this 21st century?🤔🤔

It was a fierce war on the street of Twitter when two beautiful ladies went into a fight over popular actor, Timini Egbuson.

Timini’s side-chick, Toju confronted the main chick on Twitter saying she can no longer stand all the public embarrassment she’s been getting just because she fvcked her boyfriend, not once, not twice.

It revealed that Uncle Timini, the man with the community preeq too is of the habit of denying his girlfriend anytime he wants to knack the side chick.

This life no balance aswear😂😂 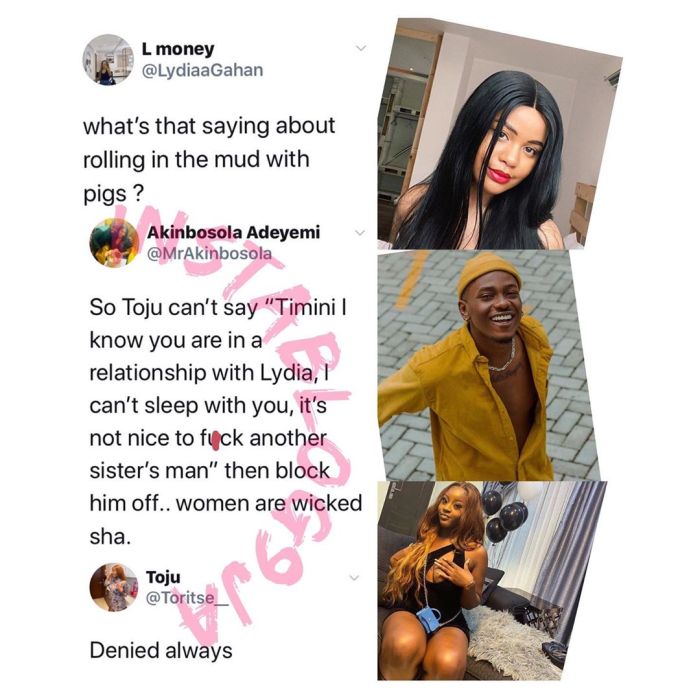 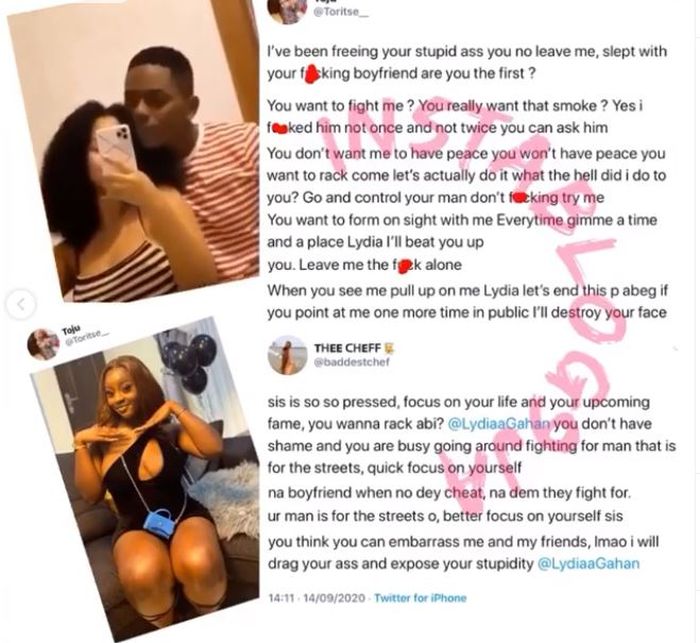 Personally, I feel these two beautiful young ladies need someone to speak sense into their heads before they pick a venue and start fighting because of preeq that is long enough to go round😂

what do you think?

NEWS:“Davido Please Help Me” – Airport Official Who Davido Tipped $100, Cries Out For Help After Getting Fired

ENTERTAINMENT:“Don’t be like Ebuka who dresses fine to deliver bad news” – Man advises

NEWS:Let me go and triple my hustle – Singer, Peter Okoye reacts after Femi Otedola bought a ferrari each for his daughters

Music Pappy Don - September 18, 2020
0
Coming after the success of “Duduke“, Simi comes through with her second single of the year titled “No Longer Beneficial“. This is a song...

Music Pappy Don - September 12, 2020
0
Niniola comes through with a brand new single dubbed ‘Sibe’ On the new single, the singer teams up with music producer, Stadic and Johnny Blaze. The song serves as...

NEWS:“Davido Please Help Me” – Airport Official Who Davido Tipped $100, Cries Out For...

ENTERTAINMENT:Kanye West pees on his Grammy, rants about record labels and ‘slave contracts’

ENTERTAINMENT:“Don’t be like Ebuka who dresses fine to deliver bad news” – Man advises